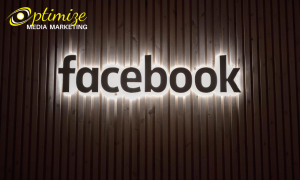 Facebook sounds like the best place to start with your paid social media campaigns, and with good reason. It has almost 3 billion users across the globe, reaching 59% of the entire social networking population across the world. That massive user base makes Facebook an attractive destination for brands.

More than 10 million active advertisers use Facebook to promote their products and services. As a result, a significant chunk of its ad sales is generated through mobile. That’s not surprising when you consider that over 80% of Facebook users across the platform via a mobile device.

The stats are incredible. It would not be wrong to suggest that Facebook has fundamentally changed the way businesses promote their products and services on the internet. So it’s unsurprising to see marketers focus the bulk of their efforts on the platform.

No shortage of articles and guides can explain making the most of Facebook ads. Such is the interest in the subject matter that experts and gurus of dubious provenance claim to provide strategies that will make you a master in no time.

This tends to do more harm than good as it leads to the creation of myths and misconceptions that people who may be new to Facebook ads follow blindly. Ultimately, this can severely limit their ability to get the most out of this powerful advertising platform. 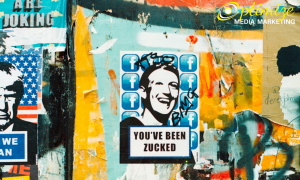 Nobody can deny that the cost of advertising on Facebook has gone up considerably, even from just a few years ago. A combination of factors has contributed to this. First, there’s much more competition now among advertisers on the social network. Changes to Facebook’s algorithm have also limited the potential reach even of paid ads.

Many would discourage a small business, particularly one in an industry with major players, from spending any money on Facebook ads. It would make sense on the surface. How can a small company compete with big rival spending hundreds of thousands of dollars on Facebook alone?

The fact remains that extracting great value from Facebook ads has less to do with the overall budget and more to do with how the campaign is set up and how effective the creative and copy is. It’s also possible to set bid caps to ensure that the movement isn’t burning money beyond the level you’re comfortable at.

2. Start out with small and very targeted audiences
This is another myth that doesn’t set up newcomers for success. Facebook provides incredibly detailed targeting for ad campaigns, allowing advertisers to significantly narrow down the target audience. It sounds like a great idea at first. Laser-focus your targeting so the ad reaches the people you think will best respond to it.

It’s riskier to narrow down your audience too much. Testing audiences is the way to go. You’ll often find that campaigns with more broad audiences tend to perform better than those with highly targeted ones.

You have to let Facebook’s algorithm do its thing. Its ability to find the most qualified people for your campaign is unmatched. Give the algorithm the freedom it needs to find you the people you’re looking for at the cheapest cost. 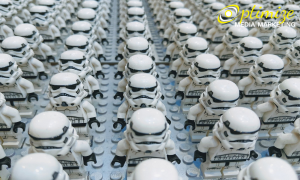 3. More followers will result in more engagement
This is a rookie mistake, and anyone who approaches Facebook ads with this mindset is simply setting their ad spend on fire. No matter how many millions of followers your Facebook page has, it will never directly result in entirely proportionate engagement.

Running a campaign to increase the number of followers on the page will not get you anywhere. Sure, you’ll end up with a page that looks like many people want to see what’s posted on it, but you have no control over how many followers see what you post.

Facebook has limited organic reach severely. This means that even if your page has many followers, it will only show your posts to a fraction of them. So even if you want to increase the number of followers, it’s much better to split the ad spend between campaigns with focused objectives such as conversions or website visits.

4. Boosting a post has the same result as a campaign

Facebook allows you to boost posts on your pages. This feature is positioned as a quick and easy way to increase the reach of a particular post and possibly gain new followers.

There’s a common misconception that this achieves the same results as a full-fledged ad campaign. This myth couldn’t be further from the truth. There’s little evidence to suggest that boosting a post works in the same way to increase conversions as a planned ad campaign.

Brands get sucked into this since boosting a post seems like the better option to those with little experience with Facebook ads, but its efficacy is limited in the grand scheme of things.

5. Always retarget all website visitors
With the Facebook pixel, you can track the behavior of users on your website and retarget them on Facebook with a campaign. The common wisdom is that you should be retargeting all website visitors, but it’s nothing more than a misconception. The truth is that not all people who visit your website should be retargeted on Facebook.

For example, some visitors may only be looking for contact information or searching for open positions. They may not be a customer of your products or services. Retargeting website visitors can be very lucrative but only when done right.

It’s usually better to retarget visitors that have shown high-intent behaviors, such as those who added products to the cart but abandoned them, read product reviews, looked at the product catalog, etc. 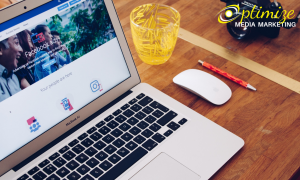 Facebook is still the best destination to spend your ad dollars

There is no slowing down the juggernaut that is Facebook. It continues to fine-tune its ad products and algorithms, thereby providing brands with an excellent opportunity to leverage its massive user base for new customers.

Brands can lose faith in the platform if they don’t see results quickly, particularly when they have their decisions guided by these common myths. For those new to this, it’s always best to test on a small scale first with a limited ad spend.

Learn the ropes figure out how the different campaign objectives work and how all of the different tools can be used. Once you start disregarding the myths and start making decisions based on your testing, you may come to feel that there’s nothing better than Facebook ads for online marketing.