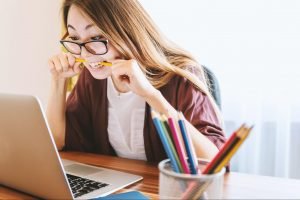 You’re on social media for one reason, and that’s to get your message out to as many people as possible. Social media is all about amplification. Those who can attract the most eyeballs to their posts, videos, images, etc. are considered the mavericks of their field.

That’s because social media can be a tough nut to crack, particularly for businesses. Maintaining a presence across  the different networks can be difficult and time-consuming. That’s why brands often try to go above and beyond in their efforts to increase their organic reach.

Sometimes, that can end up doing more harm than good. A social media crisis is always best avoided. It has the potential to permanently harm the reputation of a brand and turn customers away forever.

How you might find yourself in a social media crisis

There’s a lot that could go very wrong very quickly on social media. Whether it’s an insensitive image or comment, an ill-timed post that ends up being offensive, or the dreaded mix-up between personal and brand accounts by your account manager, a social media crisis can seemingly come out of nowhere.

These things then take on a life of their own. As much as the power of social media amplification can be good for business, the same muscle can turn out to be a thorn in your side during such times of crisis.

In mere hours, there may be a full-blown organic hashtag campaign against your brand just because of a social media faux pas. The viral organic reach that something like this generates will likely dent your brand’s reputation significantly.

Reduce your risk by implementing a social media policy

There’s a simple step that brands can take to significantly limit their risk of a crisis. Never run your brand accounts without a crystal clear social media policy in place first. Otherwise, you and your team will quite literally be flying blind.

A social media policy ensures that the people authorized to post using company accounts know precisely what they’re supposed to say, how they interact with followers, and what they need to steer clear of.

The policy should also contain guidelines about confidentiality, privacy, and copyright. Most importantly, brand voice guidelines will ensure that all account managers know precisely what tone the company wants to keep on social media.

Despite this protection in place, if you still find yourself amid a social media crisis, these are the steps to be followed to salvage your brand’s reputation. 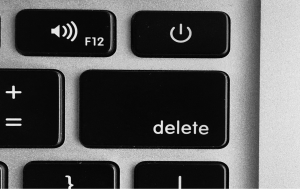 How brands can recover from a social media crisis

1. Time and speed are of the essence

The best way to recover from a social media crisis is to react quickly. Both time and speed are of the essence when trying to control the damage. If an offending or controversial post has gone online, it should be taken down immediately.

Leaving it up for longer is only going to cause more damage. The longer it stays up, the more chances it will be shared far and wide. This doesn’t mean to quietly delete the offending post and pretend that this never happened.

That strategy will do more harm than good. It’s important to acknowledge and make amends. However, it’s always important to remove whatever social media mistake was made as soon as possible.

Don’t try to dig yourself out of the hole by digging an even bigger one. Trying to shift the blame or make an excuse for what happened will not rectify the situation.

Even if the offending post was deleted in mere seconds after it went up, if you have a big enough following, chances are somebody will have seen it, taken a screenshot, and shared it before you even had the opportunity to react.

Never pretend that nothing happened or what did wasn’t all that important. Managing a social media faux pas requires taking ownership of the mistake. Provide an honest explanation to your followers about what happened. Also, explain what steps have now been taken to ensure something like that doesn’t happen again. 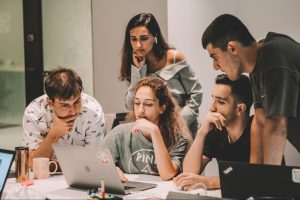 3. Pause all campaigns and review

When there appears to be a potential crisis, it’s always best to pull the plug on any campaigns and schedule posts until you know exactly what happened.
If your social media accounts are operating as if nothing happened, that will give off the perception that the brand doesn’t care or happens to be very insensitive. That will further negatively impact its reputation.

Pausing all campaigns and reviewing the material that’s supposed to go live later limits the risk of the additional content adding fuel to the fire.

4. Engage with followers but don’t argue

Once the initial statement explains what happened, the chances are that your followers will have questions. They would want to know more about the situation and perhaps learn more about the steps you have taken to prevent such mistakes from being made again.

It’s essential to engage with your followers after a social media crisis. This helps regain their trust that may have been lost during the crisis. In addition, they will recognize that the brand shows remorse over what happened.

When engaging with followers, try to be as concise as possible. Offer information that they require but don’t get sucked into arguments or appear to justify the offending actions.

5. Conduct an audit of your social media practices

A social media faux pas necessitates an audit of your social media practices. Think of it as a post-mortem of the incident. Then, work with the relevant teams internally to figure out what went wrong.

Speak to the responsible people and take insight from those who have been dealing with the fallout. Then, after a thorough assessment, make changes to the social media practices to limit the possibility of the incident repeating.

Share the results of the audit and the steps to be taken in the future with your followers. This way, they’ll know that the brand is responsible and taking ownership of its mistakes. 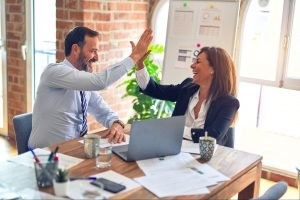 Never think that it’s impossible to come back from a social media faux pas. Unless there has been an unthinkable mistake, the chances of recovering from a crisis like this are pretty good.

The followers need to see that the brand has learned from its mistakes and that it’s willing to do a better job preventing such incidents from taking place in the future. Just be quick and decisive when tackling such a controversy.